Profiting off of a crisis. No place but the GOP 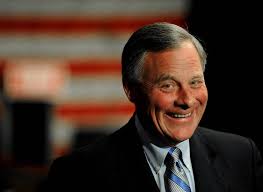 I would be shocked to learn a republican is profiting off a national crisis but under the leadership of this morally bankrupt president, it may just be the no

Senator Richard Burr, a republican who chairs the Senate Intel Committee, sold up to $1.5 million of stocks just prior to the market crash and after he received information concerning the severity of the coronavirus crisis. It gets worse…he was caught in a recording warning his closest donors and friends about the severity of the virus just two weeks after he sold his stocks. And it gets worse. From CNN:

A week before his stock sell-off, Burr authored an op-ed with GOP Sen. Lamar Alexander of Tennessee titled, “Coronavirus prevention steps the U.S. government is taking to protect you.” Burr has also worked on legislation aiding US preparations for pandemics for years.

So, while he was warning his friends and dumping his stocks Senator Burr was telling America their government was on top of situation. From his op-ed:

The public health preparedness and response framework that Congress has put in place and that the Trump Administration is actively implementing today is helping to protect Americans. Over the years, this framework has been designed to be flexible and innovative so that we are not only ready to face the coronavirus today but new public health threats in the future.

In short he said “Everything is under control. President Trump is taking care of you. Now watch me dump $1.5 Million in stocks.”

Rotten bastards. Both of them.

This entry was posted on Friday, March 20th, 2020 at 12:00 pm and is filed under Uncategorized. You can follow any responses to this entry through the RSS 2.0 feed. You can leave a response, or trackback from your own site.