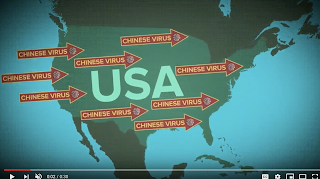 Kathaleen Wall is a perfect representative of the (R) party.

Wall is a wealthy candidate for Congress in CD22. She is in the runoff and is trying to out (R) her opponent. She doesn’t live in the district, but she didnt live in CD2 either when she ran in 2018. After spending $6 Million of her own money she came in third place in the (R) primary. Now she is running on her own money spending $3.2 million and is in a runoff to represent the (R) party in CD22.

As I have said in a previous post, the (R) could easily stand for Rotten, Reckless, and Racist. Kathaleen is running hard to represent the (R)s with her latest ad kissing Donald trump’s ass and referring to the Coronavirus as the “Chinese virus”. Kathaleen was endorsed by Texas Governor Greg Abbott so I am sure he is very proud of her and her donations to his campaign.

If she becomes the (R) to advance to the general election she will face Sri Preston Kulkarni and in a district that is one of the most diverse in the state. Kulkarni issued the following statement:

“Irresponsible, race-baiting comments like these from Kathaleen Wall are unacceptable and dangerous to TX-22’s large Asian American and Pacific Islander population, who are intimately aware of the FBI warning about the recent surge of hate crimes against their community,” Sri Preston Kulkarni said. “A crisis like a pandemic isn’t a license to demagogue your neighbors — just the opposite. We should be coming together as one community to tackle this virus and its challenges. While we’re running a campaign to build bridges across our community, Kathaleen Wall is doing all she can to be the poster child for the same divisive politics that people hate about Washington.”

Kathaleen should win her primary because she is the best as being a true (R). This is who she is. This is what her party has become. Rotten. Reckless. Racist.

This entry was posted on Thursday, April 2nd, 2020 at 4:11 pm and is filed under Uncategorized. You can follow any responses to this entry through the RSS 2.0 feed. You can leave a response, or trackback from your own site.