It’s been a bad week for the chair elect of the Harris County Republican Party.

First he posts a meme of a quote from Martin Luther King, the black civil rights leader, with a picture of a banana. That cost him his job as the Chair of the Pasadena Planning Commission. Then he resigned as chair elect of the party. He was to begin his tenure on August 3.

Coming off a devastating loss in 2018 which resulted in every Republican in Harris County losing (except 1) they now enter the 2020 election with no Chair and running on the coattails of the head racist in charge, Donald Trump. This can’t end well. 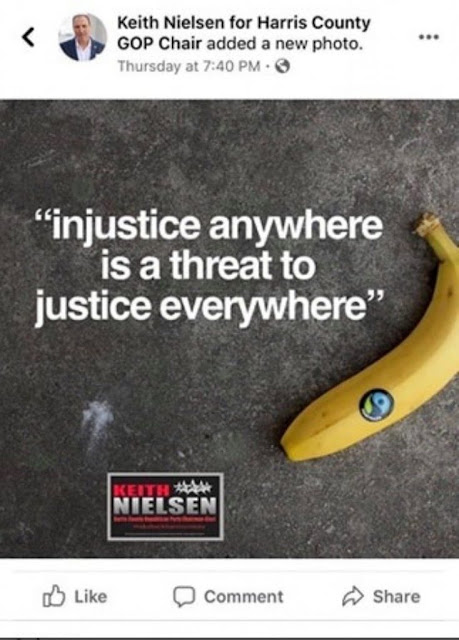 This isn’t the first time the HCRP posted something inappropriate. Last year the Chair, Paul Simpson, used the Holocaust Remembrance Day to make an offensive political statement with a post on the official  county Facebook page. Hopefully it will be their last. 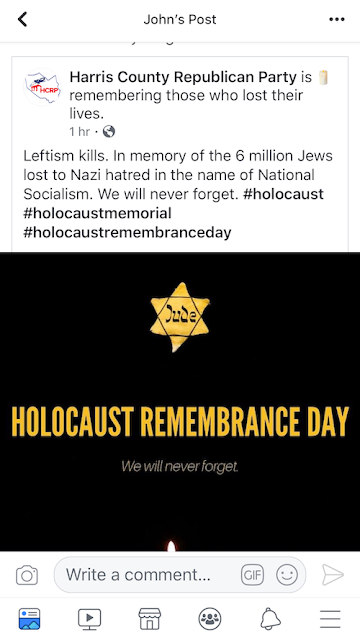 This entry was posted on Sunday, June 7th, 2020 at 7:52 pm and is filed under Uncategorized. You can follow any responses to this entry through the RSS 2.0 feed. You can leave a response, or trackback from your own site.