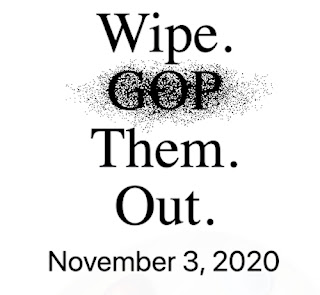 Republicans. As popular as herpes at a hot tub party.

Donald Trump and the entire Republican Party’s popularity has been been in free fall especially with the mishandling of the COVID crisis and protests of racism. Even members of his own party are beginning to jump out of the Hot Tub Party when Trump arrives. Here is a short list from the Civil Rights Project:

On Friday a staggering 89 former Defense officials (some Republicans, some Democrats, many of unknown affiliations) signed onto a statement saying the U.S. military must never be used to violate Americans’ constitutional rights.

The republican party has turned into a nasty, gross, Hot Tub Party, a giant Petri dish for cultivating the worst of America and elected officials are beginning to jump out, take a shower, and hope they are not infected or affected at the polls. Unfortunately it is too late.

Republicans up for re-election had their opportunity in February to remove the virus in their party. They had the opportunity to disinfect their Hot Tub Party but they didn’t. Instead they uncomfortably sat in the tub looking at each other waiting for someone to break out and leave. Now it is just too late.

Come November the Hot Tub Party will be over. Wiped cleaned. And drained.

This entry was posted on Wednesday, June 10th, 2020 at 11:48 am and is filed under Uncategorized. You can follow any responses to this entry through the RSS 2.0 feed. You can leave a response, or trackback from your own site.