How to avoid being labeled a racist (R) 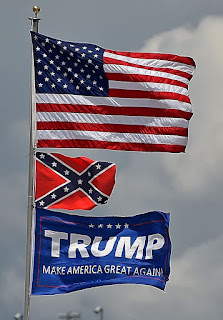 Since the killing of George Floyd there has been a rash of firing, suspensions, and removals from office because of racist comments or displays. Here in Harris County after posting a racist meme the Chair of the Republican Party resigned his position months before officially taking the office. He also lost his job with the City of Pasadena. He is just one of 6 other republican county chairs in Texas who have been asked to resign by the Governor or encouraged to resign for posting racist comments on Facebook.

Maybe the (R)s need a little training on how to avoid being labeled a racist (R). Here are some tips:

If by chance you make an unfortunate comment that could be considered racist, apologize. Sincerely. Then learn from your stupidity.

This entry was posted on Saturday, June 13th, 2020 at 11:57 am and is filed under Uncategorized. You can follow any responses to this entry through the RSS 2.0 feed. You can leave a response, or trackback from your own site.