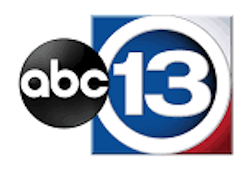 It all began with Wayne Dolcefino, once with KTRK, back in the 90’s.

Back in 1995 Wayne Dolcefino was an investigative reporter (sic) for KTRK-TV. He had a boner for Sylvester Turner when Turner first ran for Mayor. Dolcefino was eventually sued and lost for a story about insurance fraud and a jury awarded $5.5 Million.

Turner lost his bid for Mayor and Dolcefino is no longer with KTRK but that doesn’t stop them from crossing the line of integrity and fair reporting. In 2019 they seemed to have a thing for Tony Buzbee but that ended in a $13M crushing defeat. Now they have set their sight a bit higher, the Commissioner Court race. KTRK’s incorrect reporting of a possible 8% increase in Harris County property rates was as honest as a lead balloon was at floating. Harris County Commissioner summed up the reporting with the following:

Commissioner Adrian Garcia reassured property owners, though, saying, “There is zero chance that during a pandemic and an economic crisis an 8% tax increase would be proposed or passed.”

Maybe they should have started with that statement. Guess who KTRK will be behind this November in the race for the open Commissioner seat.

This entry was posted on Sunday, August 9th, 2020 at 3:36 pm and is filed under Uncategorized. You can follow any responses to this entry through the RSS 2.0 feed. You can leave a response, or trackback from your own site.