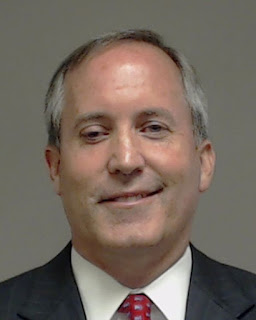 OK. This is sort of old news. Paxton was indicted years ago and has spent over $70,000 of his campaign funds for legal services. I am sure he has paid much, much more. But….there is something new and it is much more serious.

Paxton’s staff at the Attorney Generals office has accused Paxton of abusing his office and accepting bribes. The Washington Post has details including:

Both Abbott and Patrick have distanced themselves from Paxton like a baby who took a dump in a pool. The Association of Attorney Generals were not too kind and were more direct. From the Post:

“Republican Texas Attorney General Ken Paxton is an embarrassment and a danger,” the association’s co-chairs said in a statement on Sunday. The statement added: “All state attorneys general must be above reproach. For too long Paxton has teetered on the edge. He needs to go, and an independent investigation should be launched immediately.”

“These allegations raise serious concerns,” Gov. Greg Abbott (R-Tex.) said in a statement on Sunday. “I will withhold further comment until the results of any investigation are complete.”

This is all coming from within the office. From republicans. It’s serious. He should resign to spend more time with his criminal attorney

This entry was posted on Monday, October 5th, 2020 at 1:35 pm and is filed under Uncategorized. You can follow any responses to this entry through the RSS 2.0 feed. You can leave a response, or trackback from your own site.