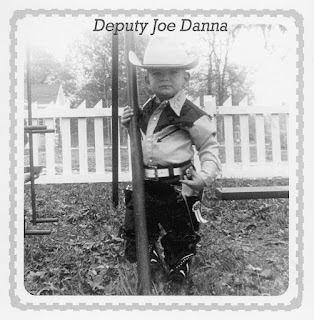 Where did the Republican Party find this guy? Danna came out of the republican primary over his opponent Paul Day who had long standing law enforcement credentials. Danna on the other hand was fired as a Constable for falsifying records. According to Fox 26 Danna claimed he served a warrant on an individual. That person was actually in jail at the time and the residence where he served the warrant was vacant, for months. After an investigation, he was fired.

Now, much like Troy Nehls who was fired from the Richmond police force, he is running for another law enforcement office. As the Houston Chronicle said:

Danna was a previous candidate for constable in Precinct 1, where officials confirm he was fired in 2012 from his job as a deputy constable for falsifying records showing he served a warrant he had not actually served. Danna has for years papered unsuspecting fences with huge campaign signs to boost his name ID, but should have spent as much effort on his law enforcement resume. It appears the closest he got to being a Harris County deputy is the black and white photo on his website entitled “Deputy Joe Danna,” featuring a young boy dressed in western attire.

Where in the world did the Republican Party find people like Nehls and Danna?

This entry was posted on Tuesday, October 6th, 2020 at 3:16 pm and is filed under Uncategorized. You can follow any responses to this entry through the RSS 2.0 feed. You can leave a response, or trackback from your own site.