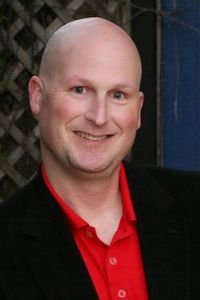 State Representative Tony Tinderholt is a nut job representing the Arlington area. Based upon his fundraising report he is in a fight to retain his seat against a very good candidate.

Tinderholt is best known for his stand on the “sanctity of marriage(s)”. He has been married 5 times, twice to his current wife. He is a bonafide gun nut, supporting the right to walk around in public with a loaded assault weapon dressed like GI Joe. He has some strange fundraising totals.
According to his 30 day out report, Tinderholt raised $304,348. $150,000 came from one donor, Timothy Dunn the CEO of oil and gas business CrownQuest Operating. Another $22,675 came from the extreme right wing Empower Texas PAC. They have donated their balance to Tinderholt.
A new PAC, Leading Texas Forward donated an in-kind contribution of $50,000 for campaign advertising.
And the most interesting is a $25,000 in-kind donation from Texans for Lawsuit Reform for “campaign polling” Really?
So Tinderholt only raised $56,673 with $40,000 coming from just 5 individuals and 1 PAC. Why would anyone spend $25,000 on a poll unless they are concerned about their chance of reelection?
Empowering minds want to know.

This entry was posted on Friday, October 9th, 2020 at 1:18 pm and is filed under Uncategorized. You can follow any responses to this entry through the RSS 2.0 feed. You can leave a response, or trackback from your own site.