Jared Woodfill involved in a strange, dangerous, assault by a former policeman 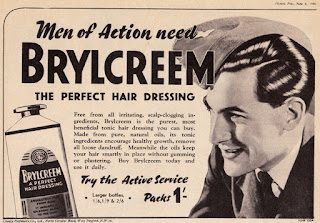 Never liked the guy. Any attorney who has to use a tube of brylcreem isn’t getting my business.

Jared Woodfill was the Chair of the Harris County Republican Party for over a decade. In 2019 his law office was raided. Now he finds himself on one end of a strange conspiracy theory assault. From the Houston Chronicle:

Instead, according to an indictment announced Tuesday by the Harris County District Attorney’s Office, the incident was a brazen attempt by a former Houston police captain to secure evidence to support a far-fetched claim that prominent local Democrats had orchestrated a scheme to harvest more than 700,000 ballots leading up to the Nov. 3 election. The ex-lawman, Mark A. Aguirre, 63, faces a felony charge of aggravated assault with a deadly weapon stemming from the Oct. 19 confrontation.

So, how does Jared fit in this debacle? Turns out Jared is the president of Liberty Center for god and country. The Liberty Center paid Aguirre over $200,000 for his investigative skills. Over the years Jared has joined with religious nut job Steven Hotze and has been circling the drain with him. Liberty Center is not listed at the Texas Ethics Commission or the city or county websites. They had a GoFuckMe site that has since been removed.

Hopefully the Harris County DAs office is going to comb this shit out.

This entry was posted on Wednesday, December 16th, 2020 at 1:39 pm and is filed under Uncategorized. You can follow any responses to this entry through the RSS 2.0 feed. You can leave a response, or trackback from your own site.