Why the GND and M4A is DOA 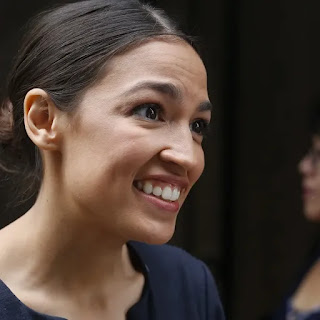 The “progressives” , ie the Democratic Socialists that have latched onto the Democratic Party, shouldn’t get their hopes too high on passing the Green New Deal or Medicare for All. Both have major problems that will never allow them to pass.

The first is the name. Any bill named similar to FDRs “New Deal” has zero chance of being considered by the party that has targeted the New Deal for decades. If the authors were smart, and they aren’t, they would have named it something like “The Revitalization of American Energy Dominance”. Name it anything but the Green New Deal.

And any bill that is sponsored by Alexandria Ocasio Cortez and/or Benie Sanders is pretty much DOA. Neither have a history of working a major bill like this. Neither have the ability to reach across the aisle and work with others or even with the members of their own party. This is a huge undertaking much like the Affordable Care Act. AOC and Bernie do not have the political know how to pass something this massive.

The same goes for Medicare for All. Sanders has been trying to pass something similar for 35 years with little to show for it. Again Sanders cannot reach across the aisle and look for common ground. Neither political party is interested in passing this especially with the $34 Trillion price tag. It’s also DOA.

People might like AOC because she is young, energetic, and a media icon but that doesn’t pass bills. That doesn’t improve the lives of Americans. AOC needs to pass a couple of bills that rename post offices or a bill that would benefit her district. She should learn how to be a politician because that is what she is. She has an opportunity to learn from Bernie and actually accomplish something after 35 years.

But the GND and M4A is DOA.

This entry was posted on Friday, January 22nd, 2021 at 12:27 am and is filed under Uncategorized. You can follow any responses to this entry through the RSS 2.0 feed. You can leave a response, or trackback from your own site.