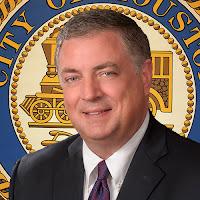 This is actually old news but I bet most Houstonians are not aware of this.

Houston City Council Member Greg Travis posted racist and other inappropriate comments on his social media pages. Members of City Council and the public have called for swift and decisive action including censuring him, removing him from office, and/or removing him from his committee assignments. There is just one problem with that……Travis isn’t assigned to any committees.

In January of 2020 Travis resigned from all his committee assignments leaving the work of the committee to other members. Travis is now just a voting member on Council like entitled dead wood. The committee assignments posted to the City of Houston website does not include any mention of Travis. City Hall Reporter Jasper Scherer tweeted a letter from Travis to the Mayor resigning his positions. In the letter he said:

“The current committee assignments fail to effectively use my education, experience, and skills. Skills like posting racist comments and partisan politics using my twitter account and other social media.”

Ok. That isn’t exactly what he said but you get the point. Travis whined like Donald Trump when he doesn’t get invited to a football game. So he just gave up, took his ball, and went home while still sitting on Council. 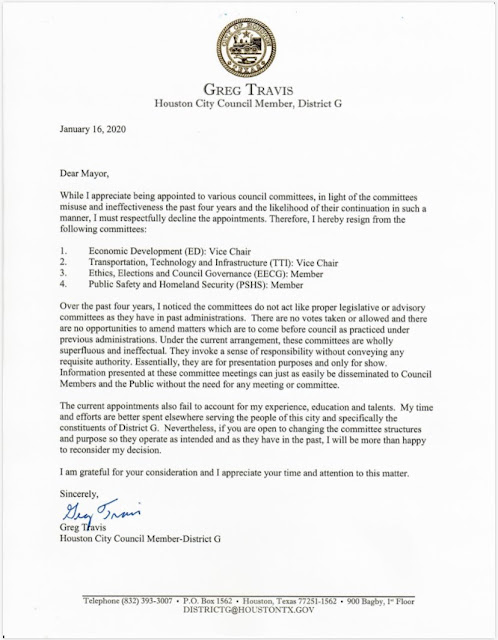 This entry was posted on Thursday, January 28th, 2021 at 12:49 pm and is filed under Uncategorized. You can follow any responses to this entry through the RSS 2.0 feed. You can leave a response, or trackback from your own site.