Ted Cruz got caught. He had to make a choice. 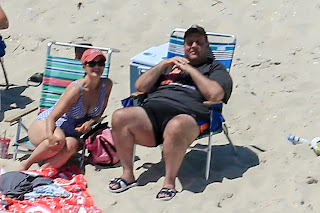 So during a Texas sized freeze that left millions without power and water, Texas Senator Ted Cruz skips out to go to sunny Cancun and got caught. He had to make a choice. Either continue on his little vacation while his state freezes and risk being photographed on the beach under an umbrella drinking a Corona, or make up a lame excuse and blame it on his kids.

He chose to blame it on his kids claiming he was just “dropping” them off. Yeah. Right. That’s what normal people do, fly with their families to a vacation spot then turn around and fly back, on standby. He had a tough choice to make much like his constituents at home had to make choices on how to keep their kids warm without flying to Cancun. He had to decide what was worse, pictured on the beach while Texans clean up the mess from broken pipes, or coming home and defend a bullshit excuse. 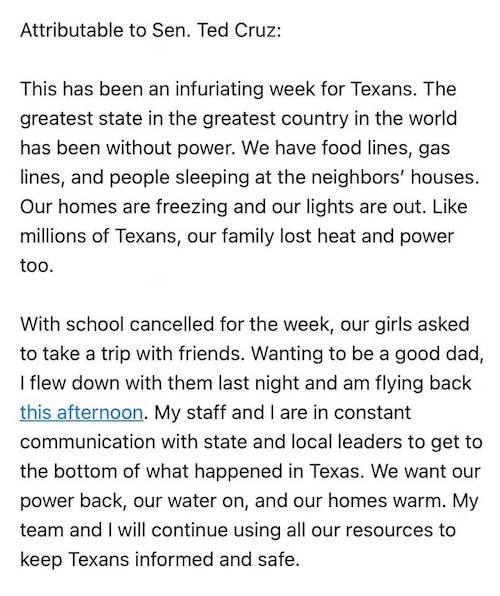 This entry was posted on Thursday, February 18th, 2021 at 7:32 pm and is filed under Uncategorized. You can follow any responses to this entry through the RSS 2.0 feed. You can leave a response, or trackback from your own site.