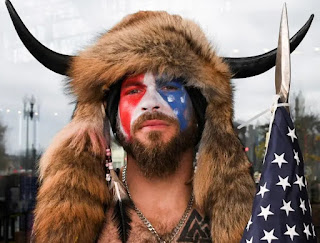 NOTE: I am very partisan but I do not believe partisan politics belongs in our schools or our boards. I have no idea of the partisan nature of the members of the board, except for a few, and that is how it should be.

I really dislike Scott Bowen, CCISD Trustee. He is up for re-election in May.

Bowen is a Qanon republican. His education experience consists of attending Clear Lake High School. He upset a long standing trustee spending over $7000 of his own money to win a seat on a school board. He has encouraged disruption at the CCISD board. He donated to a candidate who would have been his right hand Trustee to cause disruption and distract from the business of the board. (She lost but has continued to disrupt at the board meetings) As I have said:

It doesn’t matter what party you belong to or if you even belong to a political party. The kids of CCISD deserve board members who are concerned about education, believes in science, accounting, math, and can display common sense when making decisions. Political stupidity needs to be taken out of the CCISD board.

The Houston Chronicle in their own article “Keep the partisan politics out of local school board races” had this warning to parents in CCISD:

As the Washington Post reported, two candidates were vying for a vacant school board seat. One had been a PTA volunteer for years and had secured endorsements from educators and local community leaders. Her opponent was an anti-masking member of the extreme-right Three Percent Movement. She had the organization’s logo tattooed on her neck in red, white and blue bullets and walked around town with a pistol strapped to her hip. She and her husband homeschooled their three children.

The Three-Percenter won by 200 votes.

Bowen isn’t a member of a right wing militia like the Three-Percenters but he no longer deserves to be on the CCISD Board of Trustees. He currently has a challenger who aligns with the Republican Party but does not seem to wear it on his sleeve or would bring partisan stupidity into the Board.

This entry was posted on Tuesday, February 1st, 2022 at 1:16 pm and is filed under Uncategorized. You can follow any responses to this entry through the RSS 2.0 feed. You can leave a response, or trackback from your own site.