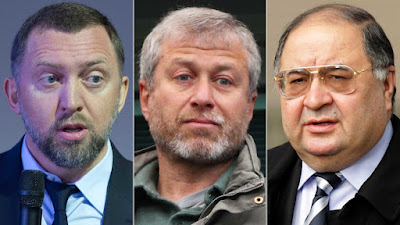 Russian Oligarchs in the US.

The real conservative in the race for Senate District 11 is Bob Mitchell but State Representative Money Mayes Middleton has a HUGE advantage in fundraising…..sort of.

In his January report Money Mayes reported raising $1,685,523 which is a significant amount for a competitive race but this race is not competitive and this figure is deceiving. Of the $1,685,523 raised $1,650,000 came from Money Mayes himself leaving just over $35,000 coming from political suckers or those who are trying to suck up to Mayes for favors.

Money Mayes has never needed donations. The bulk of his money for his campaigns comes from his own pocket. He spent over $2 Million for his race for State Representative which should have cost about $500,000 if the race was competitive. (it wasn’t) He is what we call filthy rich. He is rich, and he is filthy. There should be a law against this type of fundraising but more and more republican candidates are doing it such as Huffines, a billionaire, running for Governor and our own Representative Dennis Paul, although on a much smaller scale.

We are becoming like Russia where the rich rule.

This entry was posted on Saturday, February 26th, 2022 at 1:25 pm and is filed under Uncategorized. You can follow any responses to this entry through the RSS 2.0 feed. You can leave a response, or trackback from your own site.