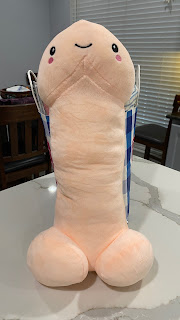 The Harris County Republican Party was expecting a win by Eric Dick to be the nominee for Harris County Treasurer. Instead he got trampled by 30 points even after being endorsed by the Houston Chronicle. According to his ethics reports, Dick spent over $208,000 of his own money for political advertising in his losing cause.

His opponent, who has no idea of what the office actually does, raised about $78,000 including a personal loan of about $22,000. The Chronicle has this to say about him:

No doubt that plenty of voters in the Republican primary will agree with him that the expanded scope of county government is a problem. Fortunately for them, the November general election offers an opportunity to vote in new commissioners or a new county judge. But if they don’t, we don’t believe that using the treasurer’s office to shape the budget should be in the cards — no matter which party is in control.

“If you don’t follow the law, you’ll get removed from office,” said Dick, who was first elected to the Harris County Board of Education in 2016.

By the way……Dick was fined $30,000 by the Texas Ethics Commission for, wait for it,…..not following the law. From a previous post:

Eric Dick, a Trustee on the Harris County Department of Education has been fined $30,000 by the Texas Ethics Commission for his deceptive mailer supporting his run for City Council back in 2019. Dick is an attorney and the TEC has also referred him to the Texas Bar.

I guess you could call this landslide a premature election.

This entry was posted on Thursday, March 3rd, 2022 at 12:33 am and is filed under Uncategorized. You can follow any responses to this entry through the RSS 2.0 feed. You can leave a response, or trackback from your own site.