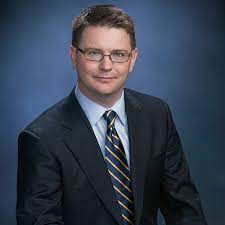 Even with a poor accounting of fundraising, never “misunderestimate” the power of money in the Republican Party. With the party flush with billionaires and millionaires and with no limits on the amount of a contribution, Mormon could easily be right back in the game with just one single $1million donation. But not today. Not today.

In his July report Mormon raised $63,144, spent $19,585 and has a Cash on Hand balance of only $69,638. He has no outstanding loans. His largest donor was Richard Weekley for $9606. Weekley could easily drop a $1Million on his general election and just might. Other than that he had a very weak reporting period. His opponent in the runoff raised only $46,150. His opponents in the primary also had very weak fundraising results.

Mormon will face Commissioner Adrian Garcia who raised over $700,000 in the same period and has almost $2 Million Cash on Hand for the general election.

This entry was posted on Monday, July 25th, 2022 at 12:28 pm and is filed under Uncategorized. You can follow any responses to this entry through the RSS 2.0 feed. You can leave a response, or trackback from your own site.