It’s a sad day for our country. Trump is the most unqualified person in the history of the United States to become President. He is also unqualified to be considered a decent human being. 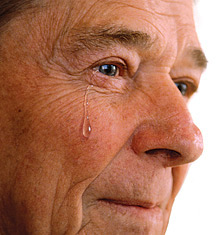 In 2008 President Obama campaigned on a promise of hope for America. Faced with the greatest downturn of our economy since the great depression, Obama called upon all Americans to rise, as we have before, and work together to rebuild our economy and restore faith in our government.

In contrast Trump campaigned on a promise of hate towards Americans. Faced with an economy that has created 11 million jobs over the last 8 years, an unemployment rate cut in half to 4.6%, a stock market that has solidified retirement accounts,  and a nation healing from the unnecessary wars of the last republican in office, Trump resorted to simple minded attacks towards specific and vulnerable Americans. And it worked.

The list of those he attacked and blamed for America’s short comings was long. He started on day one with his racist remarks against Latinos followed by his attacks on our press, African-Americans, Muslims, Gold Star family members, the Gay community, Hollywood, teachers, government employees and women. If that wasn’t enough, he then mocked a disabled American.

He instigated hatred towards other Americans at times calling for physical harm. His words and actions encouraged the racists and those with hate in their hearts to come out into the open. All while the republican leadership did nothing just like they did when Joe Wilson yelled “You lie” to the President of the United States during a State of the Union Address.

In just a few hours Trump will asked all Americans, even those he attacked, to put aside our differences, let bygones be bygones, and to join hands to sing Kumbaya. It’s like kicking someone in the whatnots then expecting them to shake your hand to work together.

I can’t do it. I’m still on the floor trying to get over his mocking of a disabled human being.

This entry was posted on Friday, January 20th, 2017 at 1:08 pm and is filed under Uncategorized. You can follow any responses to this entry through the RSS 2.0 feed. You can leave a response, or trackback from your own site.