Congressman Babin has been invited but don’t hold your nose. He ain’t coming. 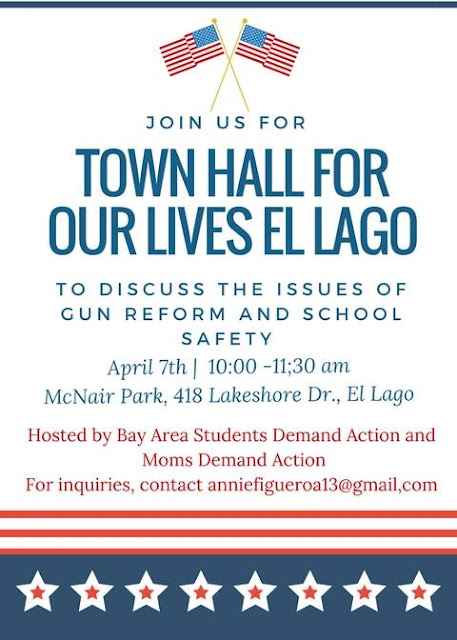 In the City of El Lago park Pavilion

Hundreds of thousands of us marched across the country on March 24. But that’s only the beginning. To take this message directly to lawmakers, we need them to hear us directly–and soon. Every single member of Congress is back in their district on District Work Period–better known as “recess”–between March 23 and April 9. So March for Our Lives has raised the call for a congressional Town Hall in every district in America on April 7.

This entry was posted on Thursday, April 5th, 2018 at 7:58 pm and is filed under Uncategorized. You can follow any responses to this entry through the RSS 2.0 feed. You can leave a response, or trackback from your own site.