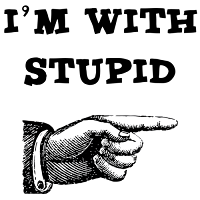 It is amazing who we have teaching kids in Texas. And quite sad.

A teacher has passed along this latest made up conspiracy without checking google or Snopes. Snopes has already debunked this incredible stupidity. It is sad that we actually have teachers in our state that adore this politically ignorant, racist, lying, assh*le of a human being and yet they are teaching our kids! One of these days this teacher will understand that the Republican Party does not like teachers. Or Muslims. Latinos. Workers. Police. FBI. CIA. African Americans.

This teacher has asked for this to be shared. I will.

UNBELIEVABLE WHAT A CROOK.

I love our President!

Trump Just Ended Obama’s Vacation Scam.He was going to stick us for 2.1 billion or so. Before Obama left office, he arranged with the State Department for a series of “official visits” to foreign countries, spanning the next 20 years.

[FACT CHECK FROM SNOPES: Not true. ]

Using discretionary funds from the Office of Presidential Visits and Vacations, Obama was able to weasel what would have been another $2.1 billion in free vacations for him and up to 24 members of his family plus staff and a dog sitter until the year 2036.He would have, that is, had he not lost his office to Donald Trump. Trump, who is always looking for ways to save money, was having the office used for vacations repainted when he was presented with a ledger that contained all of the Obama travel plans and expenses.

[ FACT CHECK: Trump has spent more time playing golf in his first year than Obama has in 8 years for a total of over $68 million]

The ledger was found by one of the workers Trump hired from outside the typical White House staff to make alterations.Trump immediately canceled the plans and recalled all Secret Service agents scheduled to protect the Obamas anywhere outside of the United States The Obamas are also facing another new challenge at the hands of Trump. They’re going to have to repay the government for all of those vacations that weren’t official state business. The bill, after some small allowances, for days that were possibly work related, is for $214 million. Of the 692 days the Obamas spent on vacation, almost none included any work at all. They ate, slept and golfed and Michelle was given shopping allowances from the Office of Discretionary Gifting Funds, which is supposed to be used to buy presents for visiting dignitaries. It’s just one scandal after another with these people.Share this. Keep draining the swamp, most Americans do appreciate it.

My head hurts. This was shared by a teacher.

This entry was posted on Thursday, May 31st, 2018 at 3:46 pm and is filed under Uncategorized. You can follow any responses to this entry through the RSS 2.0 feed. You can leave a response, or trackback from your own site.