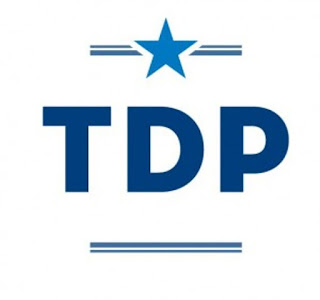 Updated with information from Susan Criss.

Six individuals are running for SDEC according to the documents provided by the Texas Democratic Party. Three men and three women. Candidates are beginning to reach out to delegates but not all. The election is this Friday. Better late than never. I intend to post updates as they come in.

One thing we do not need in our Senate District is anyone who is trying to hijack our Party. Let me be blunt. Bernie Sanders is not part of the Democratic Party. There is no “Bernie” faction of the Democratic Party. It should stay that way. We need individuals who are interested in growing the party and reaching out to everyone and not calling for a “takeover”. This needs to stop and anyone running under that flag needs to quit. Our Revolution, the Sanders group, has called for a takeover by electing Bernie folks to SDEC. This has no place in our district or our Party. Join our Party and move us forward. Remember, we have an election in November and our house is on fire.

About the SDEC. The Party is represented by committee members to form the State Democratic Executive Committee. Each Senate district has a male and a female representative. Other organizations are also represented, Labor, Hispanics, African American, the Gay community, the disabled community, and others. Members meet every 3 months to conduct the business of the Party. Most committee members spend their own money and time from work to support this effort.

The elected official as an SDEC member is expected to perform the following:

The individuals running for SDEC Male position are:

Mr. Muhammed Alam has sent an email concerning his candidacy. He could be a good contender. In part it reads:

Currently, I am precinct chair of 28, east side of Pearland. Has been involved in local politics. First campaign did for John Floyd in 2016, ran for state rep 29 and received 29,000 votes. Supported financially and time for many candidates for local and state candidates in 2017 and 2018. I have triple voters participation in Precinct 28 and more people are participating in the Pearland local elections. Pearland local election win number used to be 2000 votes and now 5000 votes. We have created a Political Action Committee for real change in local and then state politics. Main objective how to win election in Brazoria county. We must unit and run as slate to win. We must motivate voters and improve awareness of voting benefits. We must reach out voters and have more face time and understand local issues. We need more of them to vote to be successful. We must establish strong communication in SD11 with all precincts chairs

Mr Quentin Wiltz ran for Mayor of Pearland in 2017. He has impressive information about his professional background on his website but there is nothing on his desire to run for SDEC. I will update as soon as I get information. He too should be a good contender. He has not reached out to delegates.

Dylan Forbis has some information on his activism on Facebook but nothing concerning his run for SDEC. He is the President of Brazoria County Young Democrats. I have not received anything from him on his candidacy.

I have reached out to all three to understand their reasons on running for SDEC, what they intend to do for the district and how they intend to grow the party. I’ll update as soon as possible.

The individuals running for SDEC Female position are:

Susan Criss has been involved in politics for many years as an activist,  a candidate, and an elected official. She is an attorney practicing in Galveston County. She should be the leading contender for the SDEC Woman’s position. Susan easily has what it takes to lead the district. She would be my choice. I’ll update as soon as I get some detailed information from her. From her email to the delegates:

Bengisu Abramsky has an impressive resume. She has jumped into the political process after the 2016 elections and it should be appreciated. She could give Susan a good run if she is actively campaigning across the district. She could be a great choice in a couple of years. Her email to the delegates includes:

This year, I served on my two kids’ schools’ PTA Boards as Legislative Chair, attended the Clear Creek Community Council (CCCC) of PTAs’ meetings as a delegate, and joined the CCCC’s Advocacy Committee where one of our initiatives was to register and educate voters. I became a VDR for Harris and Galveston Counties, worked at voter registration events, and helped organize candidate forums we put together before the primaries. I’ll continue serving in my roles on one of the PTA boards and the CCCC Advocacy Committee this coming school year.

Jhanvi Jariwala has a lot of energy. Although I have talked with her for some time, I was unable to understand her desire to run for SDEC, her qualifications, and I don’t think she understands the duties of the position. She might want to start at precinct chair first before diving into the structure of the TDP. Energy is good but it needs to be directed.

See you at the convention!

This entry was posted on Tuesday, June 19th, 2018 at 4:21 pm and is filed under Uncategorized. You can follow any responses to this entry through the RSS 2.0 feed. You can leave a response, or trackback from your own site.