The GOP: Comrades of Corruption

Remember when the republic party was the party of “conservative”family values? Neither do I.

The list is growing each day of republicans who are stealing their donor’s money, profiting from insider trading, committing conspiracy to defraud the United States, tax evasion, cheating on their spouses, etc etc etc. It’s sickening. Here are just a few examples of republican values in recent action: 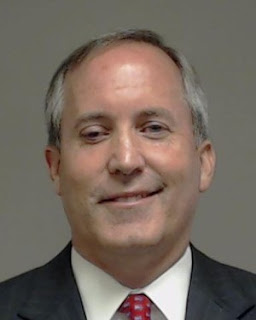 Texas Attorney General Ken Paxton. Currently serving and is up for re-election. Indicted 3 years ago on 3 felony counts of security violations. Trial scheduled for next year.

Congressman Joe Barton. (Texas) Still in office. Divorced 3 times. Was found to have sent “dick pics” to a number of women. Has refused to resign but will not seek re-erection…..election.

Former Congressman Blake Farenthold. (Texas) Resigned in disgrace after he was found to have used tax payers money to settle a sexual harassment suit against him towards staff members. Vowed to repay the tax payers, “I will deliver a check for $84,000 to the Speaker of the House”. He never did and never will. He resigned.

Congressman Chris Collins. (New York) Indicted for insider trading. Initially said he would still run for his seat in Congress but has since withdrawn.

Congressman Duncan Hunter (California) He and his wife has been indicted for using over $250,000 in campaign donations for personal use including trips to Europe, braces, entertainment. He has blamed it on his wife and will continue to seek re-election.

Former Speaker of the House Dennis Hastert. Resigned from Congress. Pleaded guilty to the felony “structuring” charge, and the charge of “making false statements” (lying to the FBI). Spent over a year in jail.

Congressman Jim Jordan (Ohio) Has been accused of looking the other way as sexual abuse was occurring in the Ohio State wrestling team.

National Security Advisor Michael Flynn. Plead guilt to lying to the FBI. Is currently cooperating with the FBI.

Donald Trump Jr. Dumped his wife for a younger model. Is the Mr. Trump’s son.

And you know about Manafort, Cohen, Papadopoulos, Gates, and a slew more stemming from Special Prosecutor Mueller. That complete list can be found here.

This entry was posted on Sunday, August 26th, 2018 at 12:50 pm and is filed under Uncategorized. You can follow any responses to this entry through the RSS 2.0 feed. You can leave a response, or trackback from your own site.