Is this is an incredible display of racism by a member of the Paxton legal team during the Kavanaugh hearing for Supreme Court? Or it is nothing but a simple hand jester that is saying “Nothing to see here. Everything is fine.” You decide. Zina Bash was appointed by Paxton as the senior counsel on his  executive leadership team in July of 2018. From the Washington Post:

Popular Twitter personalities and accounts such as Amy Siskind, Eugene Gu and the Palmer Report tweeted that Bash had flashed a “white-power” symbol, drawing a flurry of engagement on the social media platform.

While sitting behind Kavanaugh Zina directly in camera view Bash was seen flashing the white power sign. According to the Post this really isn’t a racist hand signal, it is nothing but the OK sign. Like OK I’m flashing a white power signal. 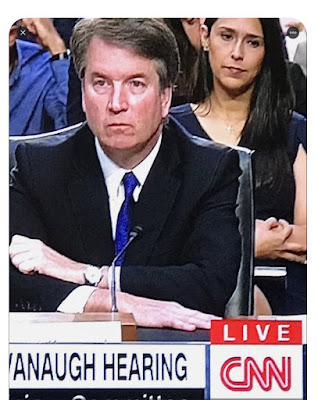 Her husband, John Bash, the United States attorney for Western Texas, took to twitter and claimed the following: 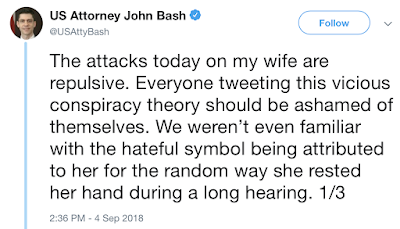 Yea. Right. He claims she was just resting her arms in a natural manner. I can’t remember ever sitting, standing, or sleeping while flashing a known white power sign. Ever. I ain’t buying it and Ken Paxton shouldn’t either. Wake up folks.

This entry was posted on Wednesday, September 5th, 2018 at 12:20 pm and is filed under Uncategorized. You can follow any responses to this entry through the RSS 2.0 feed. You can leave a response, or trackback from your own site.