Brett Kavanaugh" Just wait till I sit on the SCOTUS. Payback is a bitch

Brett Kavanaugh has been listed as another UFO. Unfit For Office.

His face says it all. His temperament was on display and his thoughts were too. Newspapers and various organizations are calling for him to withdraw his nomination. Kavanaugh came off as unfit to sit on the highest court of the United States. He took partisan snipes at, of all people, Hillary Clinton, claiming she is leading a vast left wing conspiracy. He cried. He yelled. He snarled. He acted like someone who should not sit on the court, or on the sidelines of a girls soccer team.

It was almost as if he had a message to Americans: 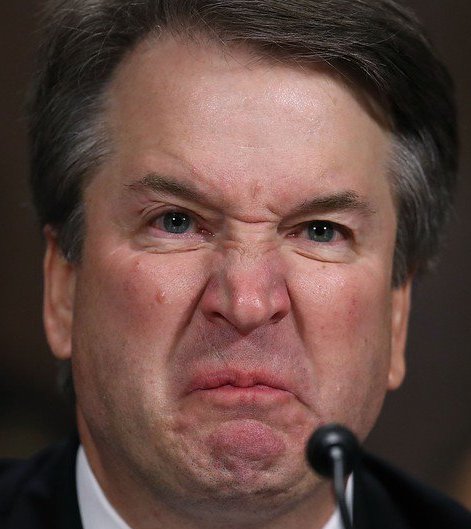 This entry was posted on Saturday, September 29th, 2018 at 12:54 pm and is filed under Uncategorized. You can follow any responses to this entry through the RSS 2.0 feed. You can leave a response, or trackback from your own site.