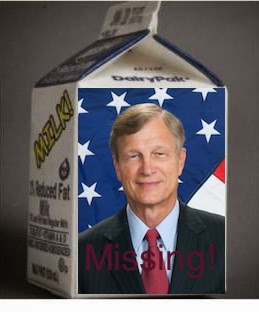 Texas Congressman Brian Babin has finally realized he is in a race to keep his job. He started a twitter account and he is posting on Facebook, even though he is factually incorrect. From his latest concerning NASA:

With the Russian Soyuz spacecraft grounded indefinitely and no other options available, American astronauts now have no way to get to the ISS.

And/Or DUH! Babin has been lost in space ever since being elected to Congress. He has neglected the agency until this year, touring NASA/JSC with others afraid of losing their jobs, like Ted Cruz. He has spent less time working for NASA than John Culberson whose district is in Katy. Under Babin’s watch NASA/JSC lost a Shuttle as a museum piece. Major integration and test facilities were sent to other states. He has been working hard to take NASA’s money and distribute it to others, others as in non-Texans.

The retirement of the Shuttle was under his party’s watch. George Bush signed the bill, authored by then Republican Senator from Texas Kay Bailey Hutchinson. The agreement to ride with the Russians was their idea. Babin has supported it ever since.
Until he found himself in a race for his job. As with all mishaps, the cause of the problem with the Russian vehicle must be found and corrected before another flight. Space flight is dangerous and should never be rushed. We knew those risks when President Bush signed the bill.
Besides shooting his mouth off, Babin has a $1 Trillion deficit to deal with. One that his party created. We really have no extra money for Space exploration.

This entry was posted on Tuesday, October 16th, 2018 at 12:30 pm and is filed under Uncategorized. You can follow any responses to this entry through the RSS 2.0 feed. You can leave a response, or trackback from your own site.