Texas Voters, all hat and no cattle 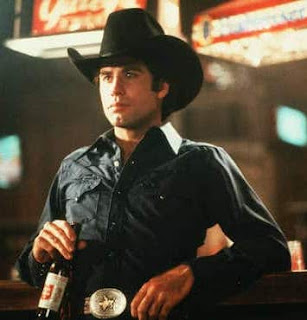 Texans talk a big game. They claim “we do things bigger in Texas”. It’s just a cute saying to make us look tough or bigger than we really are. Here is a newsflash, we aren’t. We don’t have bigger anything except for the most uninsured citizens or maybe the biggest mosquitos. Texas voters on the other hand can be the biggest voting idiots in the nation.
Texas voters want money out of politics but will vote for PACMAN, Ted Cruz, whose campaign is fueled by PAC money. They want our elected officials to tell the truth yet they will vote for Donald Trump who lies so many times on a daily basis the fact checkers cannot keep up. They want our politicians to be role models, someone their kids would aspire to be yet they vote for Donald Trump who cheats on his wife with porn stars. They want our politicians to stand up for their families in time of need yet will vote for Ted Cruz who couldn’t even stand up to Trump when he attacked his own father and wife. Instead he bowed and whimpered in his shadow.
Texas voters want politicians to not say racist things or tolerate those who condone it yet they will vote for republicans who have said racist comments and have said nothing about the president’s racist remarks. Harris County Judge Ed Emmett is a perfect example. He has hunkered down out of sight of trumps rabid followers, keeping to himself and quiet. They want politicians to stop inciting violence but will vote for Donald trump and his republican buddies who stay silent. They want politicians to treat women with respect yet will vote to Texas Agriculture Commissioner Sid Miller known for using the C word against women.
They want their families safe from gun violence yet will vote for nra endorsed candidates who advocate for guns on demand even though only 35% of Texans own guns. To them, talking about guns is just as tough as owning one, or wearing a cowboy hat.
The only thing bigger in Texas are the voter’s talk. They talk a big game just like John Travolta in Urban Cowboy.

This entry was posted on Monday, November 5th, 2018 at 2:22 pm and is filed under Uncategorized. You can follow any responses to this entry through the RSS 2.0 feed. You can leave a response, or trackback from your own site.