Alexandria Ocasio-Cortez takes on the Democratic Party (sort of) 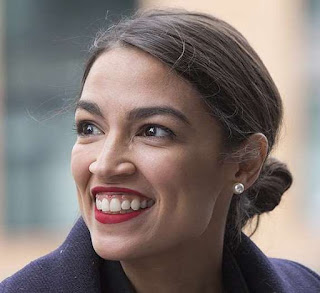 Newly elected Congresswoman Alexandria Ocasio-Cortez hasn’t taken the oath of office or located the bathrooms in the Capitol but she has started her ill advised campaign to oust other Democrats from Congress in 2020.  Ocasio is a lightning rod for the media, both good and bad. She is a a dream candidate for media folks especially the right wing looking to paint the Party as socialists.

Rep.-elect Alexandria Ocasio-Cortez (D-N.Y.), implored more than 700 attendees of a Justice Democrats strategy call to run for office against incumbent Democrats as well as Republicans in their home districts.

Justice Democrats didn’t perform very well. According to Justice Democrats they elected 7 of their endorsed candidates to Congress. 2 were incumbents in deep blue districts. 1 was unopposed.  4 were all in very blue districts wiping out their general election opponents. It’s not like they were endorsing in tough competitive states like Texas, although those they did lost. All of them. One raised over a $1 Million and lost 70-30 in the primary.

This entry was posted on Sunday, November 18th, 2018 at 1:37 pm and is filed under Uncategorized. You can follow any responses to this entry through the RSS 2.0 feed. You can leave a response, or trackback from your own site.