Who shouldn't run for the Democratic Party nomination for President 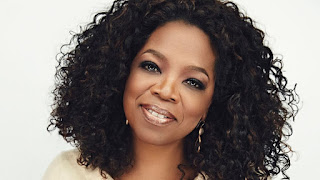 It’s always good to have a competition between a number of good, qualified, Democratic candidates for President, but let’s be honest about who shouldn’t run. We have some excellent candidates with the necessary qualifications to lead the nation that we should focus on. We do not need the second tier candidates to muddle up the primary. For starters:

Bernie Sanders. He will never receive the nomination. Ever. Democrats say “If he is the nominee, I will vote for him.” but that isn’t enough votes. The nominee requires votes from the middle to win in the general. They are the ones that will swing the election. Sanders can’t and has never had to reach out to them over the last 35 years he has been in office. The middle will never support a socialist like Bernie. Besides the fact he can’t win, he still isn’t a Democrat and once a real Democrat like Beto O’Rouke runs, his supporters will be gone.

Elizabeth Warren. Senator Warren has a great reputation for tackling Wall Street, providing some much needed consumer protection for Americans. She should keep doing that. I believe the DNA test she performed is her email issue. She will never get over that. Could she be President? Sure but once again she needs the middle not just the far left.

Richard Ojeda. From CNBC: “The latest politician to join the list of President Donald Trump’s potential challengers is Richard Ojeda, who lost the race to represent West Virginia’s 3rd Congressional District on Tuesday night. He also voted for Trump in 2016″. Enough said. Ojeda is a loose cannon. Let’s thank him for his military service then move on.

Michael Avenatti. The politically ignorant loudmouth has no business running for this office. We already have one in the White House we don’t need another. He is nothing but a shiny penny with his tough talk but not worth a cent as a political candidate.

Oprah Winfrey. Another politically ignorant individual who could use her talent to help drive out the vote for our candidate. Being popular is not enough. This isn’t a damn game.

Hawaii Congresswoman Tulsi Gabbard. Not a chance. Despite having a great resume Gabbard has some extreme positions on civil rights enough to completely disqualify herself from running in the Democratic Party. She is a non starter. Also, she is a Bernie Bro.

This entry was posted on Monday, December 17th, 2018 at 1:42 pm and is filed under Uncategorized. You can follow any responses to this entry through the RSS 2.0 feed. You can leave a response, or trackback from your own site.