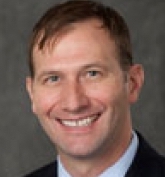 The University of Texas has completed a review of the facts concerning Texas Senator Charles Schwertner sending sexually explicit texts to a student including a dick pic. From the Dallas Morning News:

AUSTIN — The University of Texas completed its investigation on Tuesday into whether State Sen. Charles Schwertner sent sexually explicit messages — including photos of his genitals — to a student, issuing a report that neither fully incriminates nor clears the Georgetown Republican of wrongdoing.

According to Schwertner he shared a device with an anonymous individual and provided this person with the password to his Hushed account that allows for encrypted texts. That individual, not Schwertner, sent the messages. If a dick pic was sent this would be a fairly easy investigation. Line up Schwertner and his anonymous buddy and have them drop their linens.

Unfortunately Schwertner has been uncooperative, will not disclose the individual, and will probably refuse to drop his linens. His wife has declined cooperation also.

The university reported it could not prove Schwertner sent the offensive messages, and a forensic investigation found that they did not come from his phone. However, the messages did come from Schwertner’s Hushed account, a privacy app that allows people to send messages from separate phone numbers, and his LinkedIn account.
The UT investigation also described Schwertner as uncooperative and unwilling to be interviewed or answer questions about whether he had other electronic devices where the messages could have originated.

The Lt Governor, Dan Patrick, was relieved. “I am glad we can put this issue behind us. I urge all Senators to not send dick pics to young, beautiful students in the future via their official Hushed accounts.”
He didn’t really say that but he was thinking it! Watch for a civil suit to follow.

This entry was posted on Wednesday, December 19th, 2018 at 1:07 pm and is filed under Uncategorized. You can follow any responses to this entry through the RSS 2.0 feed. You can leave a response, or trackback from your own site.