Trump turns on the NRA. Bans the ownership of bump stocks 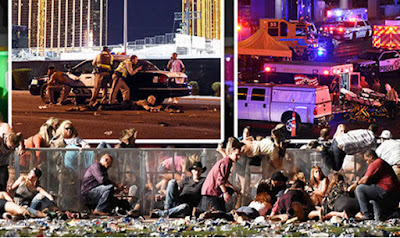 After 58 Americans were gunned down with an assault weapon equipped with a bump stock in Las Vegas with hundreds more injured Trump will be signing an executive order banning the sale and ownership of the device on Friday. From NBC News:

“We are faithfully following President Trump’s leadership by making clear that bump stocks, which turn semiautomatics into machine guns, are illegal, and we will continue to take illegal guns off of our streets,” Whitaker said.

Later, at a school safety event at the White House, he called it a “big victory” for Trump’s administration.

Better late than never. It only took trump a year to realize bump stocks should be off the market. He could have had a “big victory” by signing this order a year ago.

As of Friday bump stocks will no longer be sold in America and those who own the device will have 90 days to turn it in. Watch for the NRA to file a lawsuit. Next up: high capacity clips and assault weapons.

This entry was posted on Wednesday, December 19th, 2018 at 1:23 pm and is filed under Uncategorized. You can follow any responses to this entry through the RSS 2.0 feed. You can leave a response, or trackback from your own site.