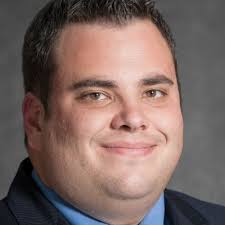 No Place but Texas:

Texas House Bill 357 (get it? 357?) has been pulled by the author, lead gun nut, State Rep. Jonathan Stickland. This bill, called “Constitutional Carry” was strongly supported by the Texas Republic Party because we do not have enough guns in Texas. Stickland pulled the bill after a gun nut activist attempted to confront the Speaker of the House at his home. From the Houston Chronicle:

The announcement came amid news reports that Chris McNutt, a gun rights advocate outraged by the lack of movement on Stickland’s bill, had traveled to House Speaker Dennis Bonnen’s home and was intercepted there by officers with the Texas Department of Public Safety.

Yep. That actually happened, but it gets worse. Speaker Bonnen was setup by a Republic Party power broker Darlene Pendery who purchased 3 tables at a fundraiser with Abbott, Patrick, and Bonnen. One of the tables was right next to Bonnen’s and Pendery had invited McGunNutt to sit with him. It didn’t end well with a physical altercation being reported. From the Texas Tribune:

An unidentified man seated next to McNutt handed the speaker a Kool-Aid packet. Bonnen said he tossed the packet on the table, prompting the man to stand up and threaten a “physical altercation.” The man, Bonnen said, “kinda got in my face and said, You should just leave.'”

Well as the old saying goes…when you lie with tea baggers you might wake up with a bad taste in your mouth.

FYI. Darlene Pendery has donated over $800,000 to various candidates (many lost) including $65,000 to Stickland. The death of the bill allows Stickland to spend more time with his toothbrush and donuts.

This entry was posted on Friday, April 12th, 2019 at 11:42 am and is filed under Uncategorized. You can follow any responses to this entry through the RSS 2.0 feed. You can leave a response, or trackback from your own site.