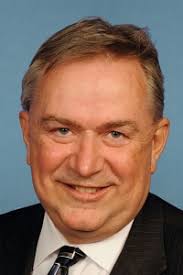 Texas Congressional District 36 was created to keep a Republican in power. And it worked. Prior to redistricting in 2008 CD 22 elected Tom DeLay for many years then Congressman Nick Lampson, and then elected Pete Olson. A few years later Olson moved to Sugar Land leaving a newly created district, 22, for another republican to have, that being Steve Stockman. Brian Babin followed Steve.

The district is Babin’s too keep until he retires, dies, or ends up in jail. It doesn’t matter what kind of lies Babin will tell his constituents, or how racist he may seem he will remain in office. His district is a 70/30 split giving a well financed Democrat about a 30% or less of the vote, every time. 2018 was no different.

This split allows for people like Tom DeLay to remain in power. DeLay was later convicted of money laundering. It later allowed for Steve Stockman to win the seat. Stockman was convicted on 23 felonies, including fraud and money laundering and is spending the next 10 years in prison. As with Stockman, Babin could be caught with a goat and will still be voted in. He could care less what his district thinks. He can spew as many lies as Trump does. He can carry water for Trump, and has. He can be as much of an asshole as he wants, just like Stockman and Trump. I can only imagine how much Stockman has missed the opportunity to be an asshole alongside of Trump.

This is who the district was created for. That is the power of gerrymandering.

This entry was posted on Monday, April 15th, 2019 at 12:54 pm and is filed under Uncategorized. You can follow any responses to this entry through the RSS 2.0 feed. You can leave a response, or trackback from your own site.

One Response to Texas Congressman Brian Babin: The power of gerrymandering