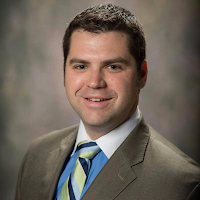 I have said it before.

It’s not a game. Running for office is not a game……Don’t cheapen the office by running just for the sake of running and distracting from those who have a clear understanding of what they are doing and are qualified to run.

The deadline for filing has passed. Some individuals should consider dropping out of the race. If you can’t follow the law, you shouldn’t run to make the laws. Sue Lovell may not have an appointed Treasurer so that may be the reason for not filing. Ryan Lee has been running for months but has not appointed a Treasurer. Sam Cleveland has raised $0 and has had some trouble with filing. Woods has filed but the city has had problems with the report.

The amounts raised for candidates for Mayor, Controller, District E and At Large 1-5 are below. These are positions those in the Bay Area would be voting on.

Mayor. Mayor Turner had a good report. King’s report need to be better. Boykins is not viable at this point. The Fire Fighters Tony Buzbee should quit. Dosls, Houjami, Smith should quit.

Controller. Chris Brown should not be challenged. He is rock solid in his job. Gasca should quit.

District E. Martin had a good report. His challengers haven’t filed and might want to just quit. Lee and Cleveland should quit.

Position 1. Great report by Salhotra and poor showing by the incumbent Knox. Bonton and Provost should quit.

Position 2. Robinson has no competition. He had a great report. Carmouche and Sankar should quit.

Position 4. Amand Edwards had a good report. No one else is viable.  Hauman should quit.

Position 5. Sallie Alcorn is killing it. Plummer needs to step it up. The others should step it out. Batteaut, Boone, Garcia, and Woods should quit.

This entry was posted on Tuesday, July 16th, 2019 at 3:09 pm and is filed under Uncategorized. You can follow any responses to this entry through the RSS 2.0 feed. You can leave a response, or trackback from your own site.