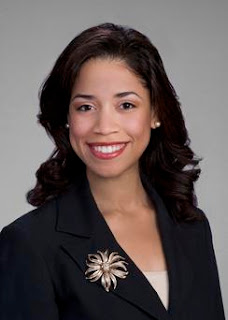 I heard rumors about Houston City Council Member Amanda Edwards considering a run for US Senate so I googled her resume. It is impressive. From her bio on the City of Houston website:

Amanda’s connection to service is evidenced through her early endeavors. Amanda attended Eisenhower High School in Aldine ISD. She earned a B.A. in Political Science from Emory University, where she served as president of the undergraduate student body and was later inducted into the Emory University Hall of Fame. While in Atlanta, Amanda gained valuable community building and public policy experience working in community development corporations as a Community Building and Social Change Fellow and in the Georgia State Legislature. Amanda’s experiences broadened her perspective about how to effect change through urban policy and collaboration. Soon thereafter, Amanda worked for Congresswoman Sheila Jackson Lee in Washington, D.C. before earning her degree from Harvard Law School.

That is just a part of her resume. Very impressive candidate. She will be competing against State Senator Royce West, former Congressman Chris Bell, and MJ Hegar for the position.
Edwards and MJ are my favorites.

This entry was posted on Thursday, July 18th, 2019 at 11:11 am and is filed under Uncategorized. You can follow any responses to this entry through the RSS 2.0 feed. You can leave a response, or trackback from your own site.