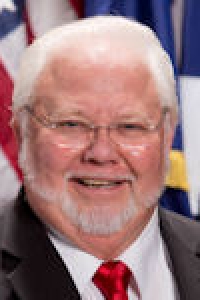 UPDATE: I received this following response from Kubosh:

“I am a non-partisan elected official that represents the entire City of Houston.
I go to events all over the City, hosted by independents, Republicans and Democrats. I decided years ago to not alienate myself from those I represent in the City of Houston.
I am an independent and a populist. I will not vote in a Primary as long as I am a NON-PARTISAN OFFICE HOLDER.”

Original Post:
Houston City Council races are non-partisan. Candidates are not required to designate the party they associate with but it is easy to determine. In this election year having an (R) behind your name might not be the best campaign strategy since the Republican Party has become the party of increasing debt, $1 Trillion deficits, fiscal irresponsibility, racism, tariffs, etc, etc, etc They just suck.

Council Member Kubosh might have forgotten that voting records and campaign donations are public record so it is easy to determine which party you associate with. In Kubosh’s case, he is a Republican.

His voting record is also available for the public to see. Unfortunately Kubosh does not have much of a voting record which is pretty odd for an elected official in fact he should be questioned about this and I think I will…..

UPDATE: Kubosh has voted in the general elections. His primary election voting record is lacking but again donations are clear.

This entry was posted on Monday, July 22nd, 2019 at 12:47 pm and is filed under Uncategorized. You can follow any responses to this entry through the RSS 2.0 feed. You can leave a response, or trackback from your own site.