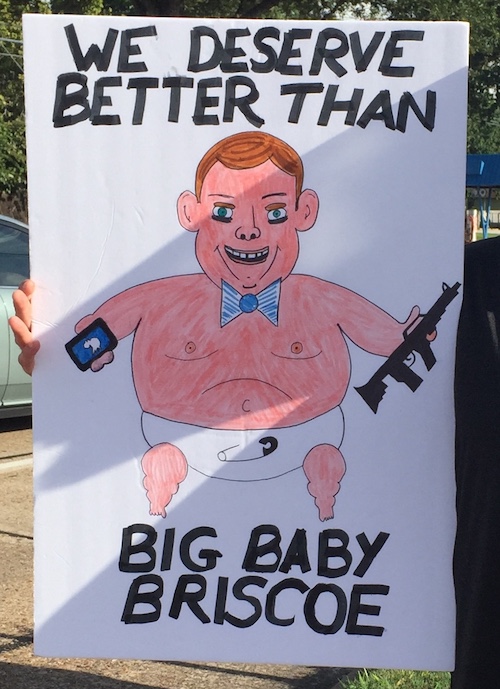 Gun safety activists held a great protest a block away from Texas State Representative “Little Baby” Briscoe Cain’s home. We had a visit by the Deer Park Police thanking us for a lawful and peaceful protest. Cain also stopped at the intersection but refused to look at us or engage but he sent two 18 year olds to attempt to harass us. It didn’t work. They were armed with NRA talking points but clearly were not educated on gun rights. It was like talking to a stump.

The protest was in response to Cain’s threat to Presidential Candidate Beto O’Rourke. It was well attended with beautiful weather. Great job Rob! Here are a few pics: 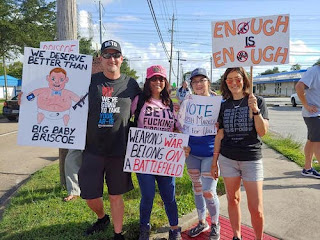 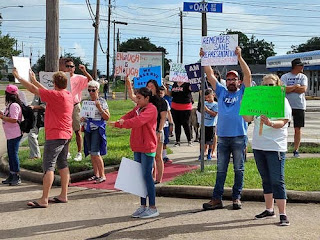 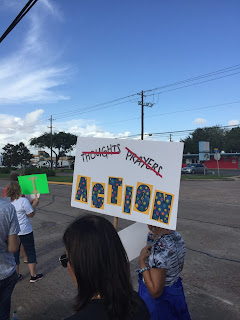 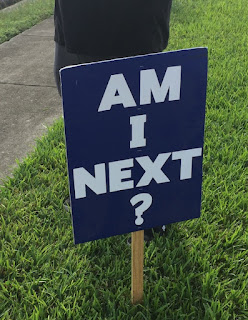 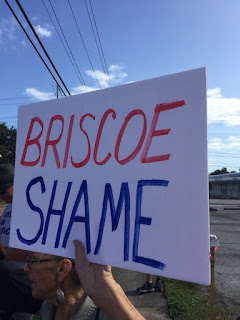 This entry was posted on Monday, September 23rd, 2019 at 1:32 pm and is filed under Uncategorized. You can follow any responses to this entry through the RSS 2.0 feed. You can leave a response, or trackback from your own site.