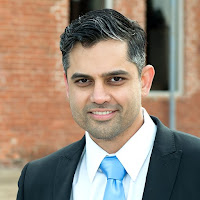 UPDATE: Sri almost out raises all other candidates combined running for CD22!

I’m expecting Kathaleen Wall to file with a few million of her own money. She ran in the republican primary in CD2 with $6 Million of her own money. She came in 3rd place. The three who have filed already have not been very successful. Most are using their own money or depending upon in-kind donations. Chevalier received about $6700 in donations with one being $4000, $1300 over the limit.

This entry was posted on Tuesday, October 15th, 2019 at 3:48 pm and is filed under Uncategorized. You can follow any responses to this entry through the RSS 2.0 feed. You can leave a response, or trackback from your own site.