No Place but Texas.

Texas Teabag Congressman Brian Babin, Pete Olson, and Randy Weber soiled themselves while joining in a stunt to obstruct justice at an impeachment hearing. The stunt lead by the far white wing of the party disrupted one of three committee impeachment hearings. They brought their cell phones into a secure facility that does not allow cell phones. They chanted like freshmen at a panty raid. They ordered pizza and stuffed their faces with warm fried cock from Chick-Fil-A. Then they left their trash for others to pick up.

In trying to defend their savior, Donald Trump, they were claiming the hearings are being held in secret, in a basement, even though that is where the secure facility is located and the rules allow only those on the specific committee to be in the facility. Republicans were in the committee meeting. There was no secrecy to it. In fact the date, time, and location was public knowledge.

One of these days, after the testimony has been taken under oath, these hearings will be in the open and the teabaggers will get what they want along with a dozen eggs on their face. I can see the Democrats bringing Rick Perry in front of the cameras and all the tea baggers conveniently missing the meeting. It’s going to happen.

Until then, Babin, Olson, and Weber has poopies much like Joe Swanson of Family guy. 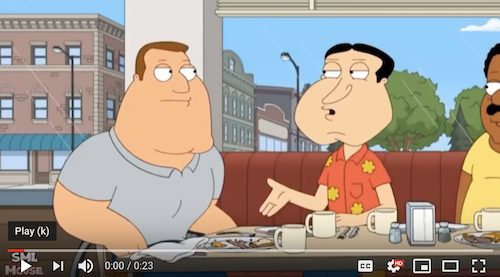 This entry was posted on Thursday, October 24th, 2019 at 11:58 am and is filed under Uncategorized. You can follow any responses to this entry through the RSS 2.0 feed. You can leave a response, or trackback from your own site.

One Response to BREAKING: Local Texas Teabagger Congressmen have poopy