Nominate a Socialist. What the hell do you have to lose? 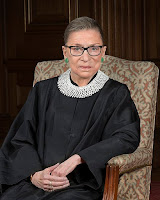 Bernie Sanders, an independent socialist, running as a Democrat in the Democratic primary has a very long way to go to win the nomination for President. With the Democrats divided between Biden, Bloomberg, Amy and Pete, the socialist of America see an opportunity. So, what in the hell do we have to lose by nominating a socialist to represent the Democratic Party? Let me start:

The socialist running in 2018 got HAMMERED across the country. Of the 80 candidates recruited and endorsed by Justice Democrats (Bernie’s socialist group) only 7 won in deep, deep, blue areas. Their record of raising money and losing is documented here.

Do you really think a socialist like Bernie can lead this country to victory? Ask the 73 socialist who ran in 2018.

This entry was posted on Wednesday, February 26th, 2020 at 12:45 pm and is filed under Uncategorized. You can follow any responses to this entry through the RSS 2.0 feed. You can leave a response, or trackback from your own site.

One Response to Nominate a Socialist. What the hell do you have to lose?