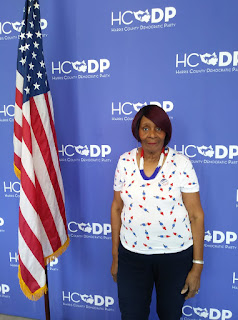 Mary E Williams won in the Democratic primary for House District 128. That is Little Baby Briscoe Cain’s district. She beat Josh Markle 73/27 with about 4700 votes to 1767. That isn’t a squeaker. That was a huge beat down. So why is this strange?

According to William’s campaign finance reports she didn’t raise any money. She didn’t spend any money yet she won by nearly 40 points. Every report she filed was filled with zeros. She had no loans, no donations, no out of pocket expenses and no in-kind donations. Nothing. She has no presence on the internet. No webpage. No Democratic voting record and yet she wins decisively.

Not quite sure how anyone but a right wing, gun nut, ahole, can win in HD129, but one did in the republican primary over a well qualified real republican. Little Baby Briscoe received over 11,000 votes to Hoskin’s 3,000.

Also not quite sure how someone who didn’t raise or spend any money can win. Along with Chris Diaz, and Eman Afshar, this is strange.

This entry was posted on Friday, March 6th, 2020 at 1:00 pm and is filed under Uncategorized. You can follow any responses to this entry through the RSS 2.0 feed. You can leave a response, or trackback from your own site.