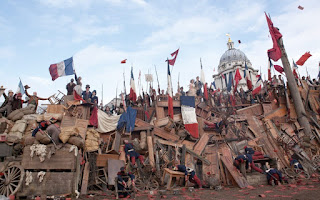 This cannot be good for Sander’s invasion of the Democratic Party.

Comparing the results of the 2016 Democratic Primary for President and the results of 2020 has to bother the hell out of Sander’s and is putting his invasion of the Democratic Party on hold. In every state that has voted so far Sanders has lost ground ranging from a whopping 45 point difference to a 3 point drop in Texas. This just isn’t pretty. He is losing ground. After 4 years his base is actually shrinking.

Polling for the primary after Super Tuesday also shows Sanders with poor showings based upon 2016 results. In Michigan Sanders is polling 25 points less than what he got in 2016. Illinois is a -27 and in Washington he is down 40 points from 2016.

These are the results so far. The polling for upcoming states does not look any better. In fact it is down right disturbing. Bernie’s revolution is hitting a huge snag.

This entry was posted on Saturday, March 7th, 2020 at 1:31 pm and is filed under Uncategorized. You can follow any responses to this entry through the RSS 2.0 feed. You can leave a response, or trackback from your own site.