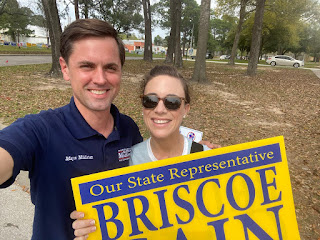 State Representative “Money” Mayes Middleton from Galveston has gathered a few of his republican buddies and wrote to Governor Abbott to urge him to return the state to work.

“We need you to open the state so a few Texans can be the guinea pigs for this viral experiment. Sure some, maybe many, will die, but my stock options need your help and their sacrifice.”

Ok. That isn’t what he wrote, but you get the idea. Money Mayes put $2.5Million of his own money into his run for State Representative spending 5 times more than what would have been necessary if the race was competitive. It wasn’t. Not even close. This is a new thing for the Republican Party. Find a rich person, let them use their own money, hope for a win. Some have not been successful such as Kathaline Walls and Tony Buzbee. They lost in an embarrassing fashion. Mayes won his race and is serving up his constituents to the virus.

Money’s letter contains the new dog whistle calling the COVID-19 the “Wuhan virus”, Wuhan being a replacement for China. He only got 8 other republicans to sign this letter, notably missing is State Representative Dennis Paul in an adjacent district. Paul’s wife is Asian-American. He did get the signature of Little Baby Briscoe from Baytown but considering Briscoe’s radical, racist comments in the past, that was expected. And he got right wing nut Tony Tinderholdt who is working on his 5th or 6th marriage. Others who signed on are: 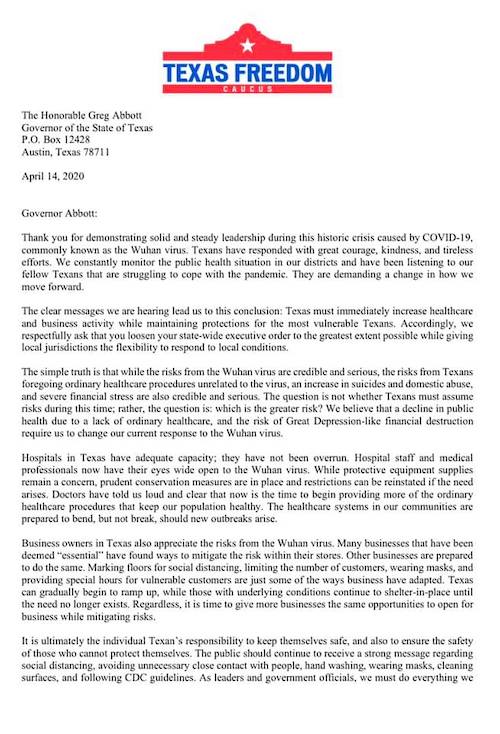 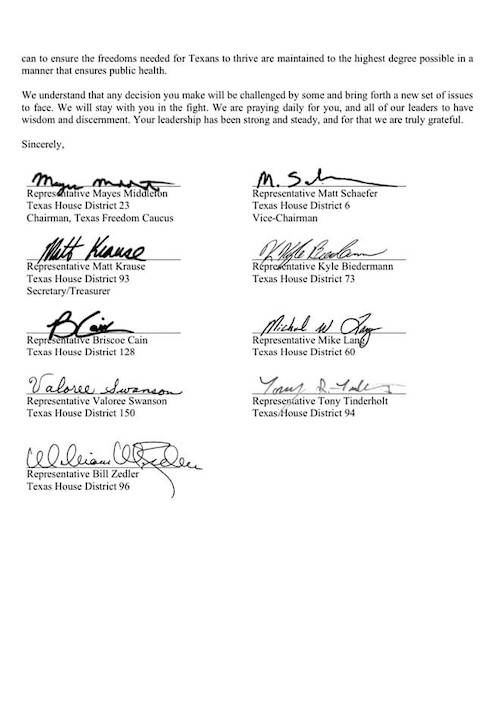 This entry was posted on Wednesday, April 15th, 2020 at 12:01 pm and is filed under Uncategorized. You can follow any responses to this entry through the RSS 2.0 feed. You can leave a response, or trackback from your own site.