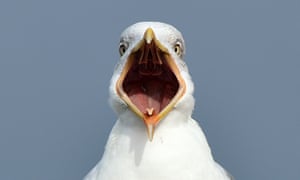 Interesting numbers coming out of CD 22.

After Sri Preston Kulkarni came within striking distance of Congressman Pete Olson, Olson quit the race and left an open seat for 17 republicans to fight over like seagulls at a picnic. Only two are left. Kulkarni won the nomination for the Democratic Party building on his campaign from 2018.

Kathaleen Wall raised no money but put $4.5 Million of her own money into the race. Unfortunately she came in 2nd place to Troy Nehls. Nehls only raised $382K with $24,000 cash on hand. Pierce Bush was suppose to be the savior of the party raising $1.3 Million but coming in 3rd place.

Nehls is just as bad as Wall with less money. Both are trying to win the award for kissing trump’s ass. Both have racist tendencies. Both love the dog whistles. Watching them fight this out like seagulls over a French fry might actually be fun.

This entry was posted on Thursday, April 23rd, 2020 at 12:31 pm and is filed under Uncategorized. You can follow any responses to this entry through the RSS 2.0 feed. You can leave a response, or trackback from your own site.