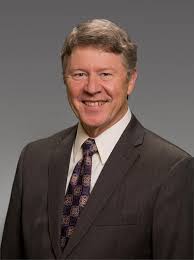 Ohio Governor Mike Devine has decided to believe the state’s scientists and health professionals instead of the Lysol drinking President….and his approval rating went up! From the New York Times:

Seven weeks into the crisis, Mr. DeWine is being guided by health experts while avoiding partisan fissures over stay-at-home orders that have been encouraged by Mr. Trump, who hopes a rebounding economy will carry him to re-election. The Ohio governor is the rare Republican official who does not automatically fall in step with Mr. Trump

Senator Mitt Romney has stepped away from Trump, voting to remove him from office after he was impeached for abuse of power. Former Senator Jeff Flake has written an op-ed encouraging the Republican Party to save itself before it’s too late. (It’s too late)

And my favorite is the Harris County Republican Party who has distanced itself from Trump and has refrained from mentioning his name in recent emails. They never mentioned Trump in their email announcing their annual Trump, Lincoln, Reagan dinner. They also didn’t mention Trump when they cancelled the dinner and kept the money donated. They really aren’t that proud of Trump even though keeping the money is a perfect Trump move.

Those running for office in 2020 might want to read Senator Jeff Flake’s op-ed and stand up for the rule of law, for our Constitution, for civility, and for honesty and distance themselves from Trump or risk a sound defeat in November.

This entry was posted on Wednesday, April 29th, 2020 at 11:37 am and is filed under Uncategorized. You can follow any responses to this entry through the RSS 2.0 feed. You can leave a response, or trackback from your own site.