I called Babin’s office concerning his position on the bounties placed upon our soldiers by Vladimir Putin and Trump’s lack of action. No one in his office knew about the issue and had to “get back to me” while everyone else in the universe knew what was going on. Babin’s office has struggled to take a stand with the troops while continuing to snuggle with Trump and the White House.

I finally received a generic form letter from Babin via email. It didn’t mention the bounties or Trump or anything really. So Babin is OK with trump and his response to Putin’s bounties. Babin is a veteran. He claims to “support the troops” but will hide behind the president when it is time to actually support them. Maybe he needs to take off his hood and smell the treason. From Babin: 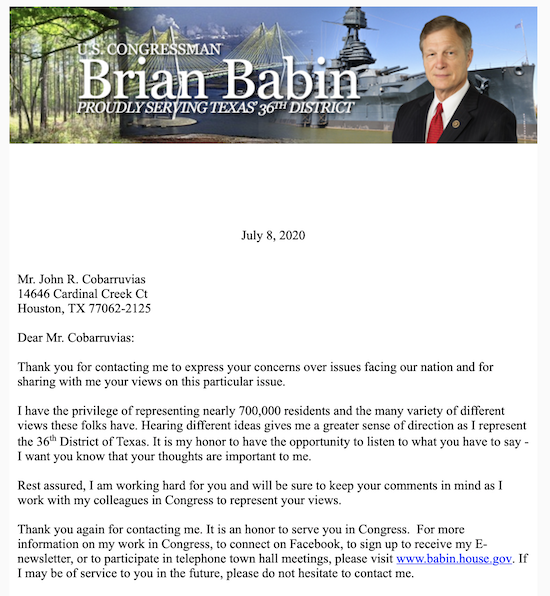 This entry was posted on Friday, July 10th, 2020 at 12:04 pm and is filed under Uncategorized. You can follow any responses to this entry through the RSS 2.0 feed. You can leave a response, or trackback from your own site.