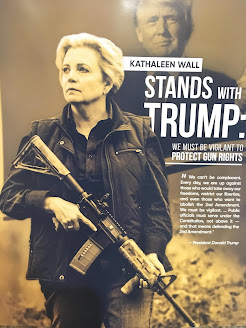 Well I think we located the cash cow.

I was wondering where Kathleen Wall was going to put her money after spending $13 Million of her own money in a losing effort to win a republican primary for congress in two different district. Wonder no more!

Last reporting period Harris County District Attorney candidate Mary Nan Huffman raised $30,000. $10,000 of that, a full 1/3 came from one donor, Kathaleen Wall. Other big contributors include HillCo PAC ($2000), the Houston Police Officer’s Union ($10,000), Constable Mark Herman ($5000). I’ve expected Wall to spread her money around to other candidates since she can’t seem to win herself.

Huffman is a trump supporter and will probably run as a “law and order” candidate. She has the support of Joe Gamaldi the president of HPOU who incorrectly blamed activists for the shooting of 4 police officers in a botched raid when in fact his own officers were responsible. Wall. Huffman. Gamaldi. What could go wrong?

I bet he endorsed Tony Buzbee.

This entry was posted on Wednesday, September 2nd, 2020 at 12:11 pm and is filed under Uncategorized. You can follow any responses to this entry through the RSS 2.0 feed. You can leave a response, or trackback from your own site.