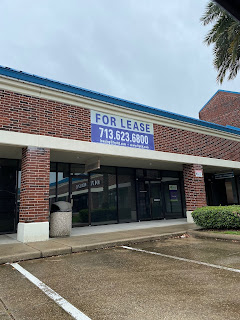 Well this is strange.

The Clear Lake area has been a long time stronghold for the Republican Party in the past. This year things are changing.

Their office on 433 Bay Area Blvd recently closed right before the election. According to the Texas Ethics Commission the Harris County Republican Party was donating $900/month for rent. As noted in the previous post the HCRP looks like they are broke. The Bay Area Republican Women’s organization also has a $0 balance according to their recent filings with the TEC. It’s as if they have folded.

It looked like another HQ was opened close to the Clear Lake Library on Bay Area Blvd but as of this weekend, that location has also closed. A call to the HCRP confirmed there are no satellite or club headquarters in the Clear Lake area.

This entry was posted on Monday, October 19th, 2020 at 7:51 pm and is filed under Uncategorized. You can follow any responses to this entry through the RSS 2.0 feed. You can leave a response, or trackback from your own site.