The Republican Party needs to rebuild. Let's help them. 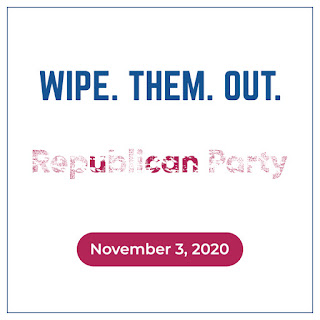 The Republican Party needs an opportunity to regroup, rebuild, and rediscover their moral compass after 4 years of Donald Trump. Voters should help them on November 3.

Five years ago the party had an opportunity to reject Trump in the primary but instead adopted him as their leader, then followed him, blindly. In February they had an opportunity to remove him from office after he was impeached in the House for abusing his power. Instead they made excuses for him, defended him, and solidified their support for him. They had their opportunities to repair the once great “conservative” party and didn’t. At this point the voters are the only group of people who can help the Republican Party rebuild on November 3.

Recently Texas Senator John Cornyn claimed he silently dissented against Trump concerning issues such as the trillion dollar deficit, the botched pandemic response, and immigration policies. Like the cowards they are republican candidates are finally trying to distance themselves from the President. John Cornyn and every candidate running under the Republican Party banner does not deserve to be elected or re-elected. Their deafening silence should be countered with a very loud and definitive response.

In 2018 our County Judge, Ed Emmitt, who had served honorably, also remained silent. He was silent on the racist immigration policies in one of the most diverse counties in the country. He silent to denounce Trump’s hateful rhetoric. Judge Emmitt paid the price for his silence and lost in a very close election.

It’s time for every candidate running as a Republican to follow Emmitt’s lead and lose so the Republican Party can reflect on what they stand for and who they stand with.  Their silence can no longer be tolerated.

They have been silent while Trump created a trillion dollar deficit. The party of “fiscal responsibility” now owns a $23 Trillion debt with no end in sight. This historic deficit has come without any new infrastructure spending, or investments in education, or even spending to protect our constitutional right to vote.

They have been silent while Americans needlessly die due to the Coronavirus and while the President continues to downplay the severity of this pandemic. Over 220,000 American families have lost loved ones while Trump continues spreading the virus to the White House and to his own family. They have been silent while Trump spreads false information about the virus causing another round of outbreaks across the country.

The silence needs to stop. The Republican Party needs to pay for their silence by being given an opportunity to regroup, rebuild, and rediscover their moral compass. Only the voters on November 3 will be able to help this party.

This entry was posted on Saturday, October 24th, 2020 at 2:30 pm and is filed under Uncategorized. You can follow any responses to this entry through the RSS 2.0 feed. You can leave a response, or trackback from your own site.