Who's your daddy? Candidate for Tx House 132 Mike Schofield 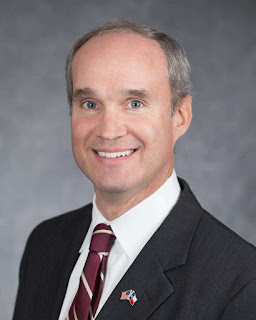 Mike Schofield raised a lot of money. Sort of.

Schofield is running for Texas House District 132 challenging State Representative Gina Calanni who beat him in 2018. Calanni has served honorably receiving the endorsement of the Houston Chronicle. Schofield has since resorted to a campaign of lies resulting in a cease and desist letter from the Calanni campaign. Schofield is using the trump method of trying to win.

One look at Schofield’s ethics reports shows he raised over $1 Million. Another look shows how padded his report is. Out of the $1 Million raised, $850,000 is from in-kind donations. This includes $488,000 from a Washington DC PAC called the Republican State Leadership Committee. $83,000 came from Texans for Lawsuit Reform, $93,000 from Greg Abbott, and $123,000 from Republicans of Texas Fund.

There is so much money coming from special interest groups into Mike Schofield’s campaign it is not clear if he can even answer the question “Who’s your daddy?”.

This entry was posted on Monday, October 26th, 2020 at 11:21 am and is filed under Uncategorized. You can follow any responses to this entry through the RSS 2.0 feed. You can leave a response, or trackback from your own site.