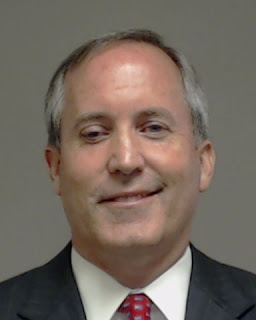 No one said the Texas Attorney General, Ken Paxton, was a smart criminal.

It’s written all over his face. He is looking for a preemptive pardon from Trump for his many violations of federal law, one currently in court, and another possible charge or charges involved with bribery and retaliation against the whistleblowers who turned him in. In return Paxton has filed a frivolous suit to stop millions of “illegal” votes from being counted. From The Texas Tribune:

In the suit, he claims that pandemic-era changes to election procedures in those states violated federal law and asks the U.S. Supreme Court to block the states from voting in the Electoral College.

Trump isn’t new to getting something in return for a pardon. Recently it was reported the Department of Justice was investigating a presidential pardon scheme. This isn’t rocket science folks. Paxton knows if he can suck up to trump he could get a preemptive pardon.

Paxton has just a about 45 days left to get his bribe to trump in order to get his freedom. Watch for it.

This entry was posted on Wednesday, December 9th, 2020 at 12:42 pm and is filed under Uncategorized. You can follow any responses to this entry through the RSS 2.0 feed. You can leave a response, or trackback from your own site.